What's On in Wexford

Wexford's musical and cultural scene is busy all year round with festivals, family events, comedy shows, live music, heritage events, workshops and more all throughout the year. Our corner of Ireland's Ancient East is #BestForFun, any time of year.

Festivals | Wexford is internationally known for the Opera Festival, but County Wexford is also known for so much more festivals from food and harvest, the Spiegeltent Festival, literary festivals and the Fringe festival to name a few.

Family-friendly | A wide variety of family-friendly events take place around our beautiful county whether it's a seasonal St.Patrick’s Day Parade, Easter, Halloween or Christmas experience, arts and crafts workshops and other events and activities to keep the whole family occupied and entertained.

Comedy and Live Music | Comedy and live music gigs in Wexford are a must when visiting our corner of the country. With festivals, seasonal events and live music on every corner of Wexford, there's sure to be something happening across the county when you visit during the winter months.

Art & Crafts and Heritage Workshops | Explore a range of art and crafts events or lovely heritage workshops on traditional methods in Wexford's heritage sites, art centres and other venues that take place throughout the year.

Make memories to last a lifetime in Wexford this new year.

Plan your adventure at VisitWexford.ie 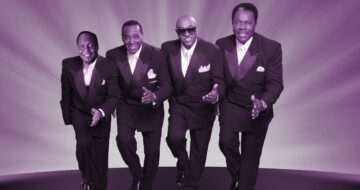 Direct from the USA The Drifters feat. Original singer Rick Shepard at the National Opera House on Thursday 9th of February 2023. Rick Sheppard traces his history with The Drifters back to when the group recorded for Atlantic Records in the 1960s. During The Drifters celebrated years, spanning the 1950s and 1960s, there were two distinct periods. […] Non stop funny man (and now Podcast host of Why Would You Tell Me That) Neil Delamere is back with another hilarious stand up show that promises to leave the audience in a state of Delamerium.   We will leave it up to him to explain whatever that means. Neil will take to Gorey Little […] 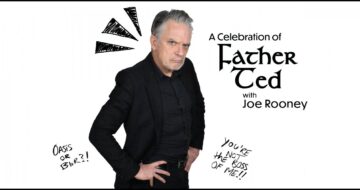 A Celebration of Father Ted with Joe Rooney

Join us in celebrating one of the greatest sitcoms ever made, as we welcome renowned stand-up Joe Rooney for a night of all things Father Ted! Joe featured as the rebellious Father Damo in the classic Father Ted episode The Old Grey Whistle Theft, leading Dougal astray with his earring, cigarette smoking and bad-boy attitude. Joe will host a screening of […] 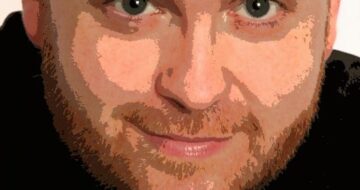 10th & 11th January  Rattlesnakes is a new one act play by Paul O’Reilly, and is the result of the Creative Acting for Theatre Course that was facilitated by Fintan Kelly at the Presentation Arts Centre.   Rattlesnakes follows the story of three sisters at different stages of their lives and loves, and focuses on […] 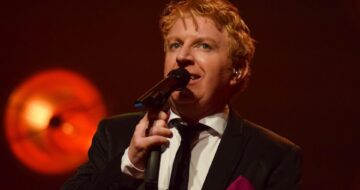 After emerging from a two year forced Covid sabbatical Tommy sold out venues nationwide in 2022 with his 30th Anniversary tour & the album “All these Years” remained at top chart positions for months throughout 2022.   Tommy Fleming sings from his soul – He breathes raw emotion into each and every song, be it his own arrangement, […] 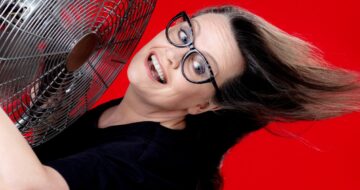 Anne Gildea’s How to Get the Menopause and Enjoy it!

Join Anne on this fabulous, informative, laugh-out-loud trip through all things Menopause.   What is it? Why does it happen? How come it barely bothers some women and shakes others to the core? Why is it named after men? Why didn’t our mammies warn us about it? And why oh why is so little known […] 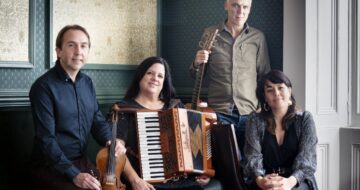 Music Network’s Spring 2023 Season begins in February with a newly curated line-up featuring musicians who have been integral to the success of many leading Irish traditional and folk groups. The Whileaways’ Noriana Kennedy will be joined by Téada’s Oisín Mac Diarmada on fiddle and Mirella Murray, accordionist with Cherish the Ladies. Donogh Hennessy, one […] 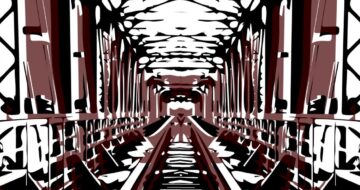 The Red Iron by Jim Nolan

15th – 17th February Ballycogley players Drama Group present their Full Length Festival play “The Red Iron” written by Jim Nolan and directed by Ellen Cloney.   This is a new play set in Waterford in 2017, and it will be the first time this play is performed by an amateur drama group. As ever […] 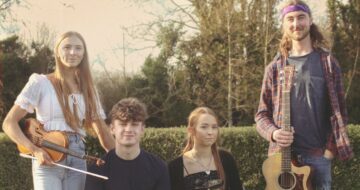 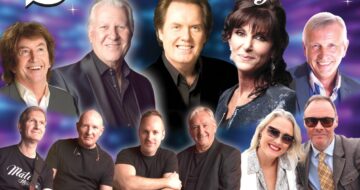 Reeling in the Showband Years 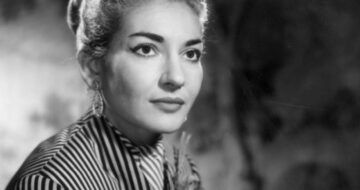 21st February 2022   RTÉ Concert Orchestra Sinéad Campbell-Wallace soprano Noah Stewart tenor Nil Venditti conductor Presented by Liz Nolan, RTÉ lyric fm   Maria Callas captured the imagination like few other artists – for many she is the ultimate opera singer. Dubbed ‘La Divina’, hailed by Bernstein as ‘the Bible of opera’, she was revered as much […]