Adventures for Empty Nesters in Wexford

Visit Wexford this year and indulge in its history, crafting and beauty while Ireland #FeelsBigger!

While 2020 is the year for staycations and the kids have flown the nest, it is time to start your own adventure and rediscover your passion for travel.  Don’t waste valuable time sitting on the couch and get out and explore all the beautiful places on your doorstep. When thinking of autumn/winter escapes this year…….think walks in the countryside, and think scarfs, coat and boots. Take an autumn/winter break this year and use the time away to reconnect with friends, family and loved ones. It has never been a better time to dust off those warm winter coats, locate the boots that are lurking elsewhere, grab a thick pair of socks and travel to the Wexford for the ultimate winter escape. Here are our top places in Wexford to visit for the empty nesters that Ireland occupies.

Selskar Abbey is a ruined medieval abbey that stands in the heart of Wexford Town. Although the original abbey was built in the 1100s, there are several indications that the area was home to an earlier Christian site, which probably pre-dated the arrival of the Vikings in 800AD. This ecclesiastical site would have overlooked the River Slaney at the time, as the land past Redmond Square was not reclaimed until later years later. There are many walking tours available to learn the deep history of this beautiful abbey.

The Makers House is a creative hub which encompasses retail space, studios and will host a range of events and workshops to showcase crafts in the community. Bringing the best of locally-produced Wexford crafts together under one roof, ten passionate makers have joined forces to bring you The Makers House Wexford, a new creative venture set in the heart of Wexford Town.  The makers are planning a host of exciting events including demonstrations, workshops and open evenings in 2019. Located in the new Creative Hub @ The Bullring Mall in Wexford town, The Makers House can be accessed from North Main Street and has wheelchair access from Mallin Street.

The little village of Ferns and its rich medieval heritage played a significant role in shaping Irish history and is reputedly known for becoming the gateway to Ireland for Strongbow’s Norman invasion. Once the ancient capital of the Kingdom of Leinster, with a population of thousands, Ferns is now a busy rural village scattered with ancient ruins that are stark reminders of its turbulent past are dotted throughout the village and luring in the dominating castle walls. If you take time to explore the city’s many architectural remains and historic ruins and walk in the footsteps of medieval and Christian history, a fascinating story testament to the city’s title of ‘Ancient Capital of Leinster’ quickly begins to emerge.

The unique cultural museum of the Kennedy Homestead is the home of President Kennedy’s ancestors and celebrates the story of five generations of the Kennedy dynasty. The state of the art interpretative exhibit explores the circumstances of Kennedy’s great-grandfather Patrick Kennedy’s departure from Ireland in 1848 and pieces together the story of the most famous Irish–American family through the 20th century to the present day. The protected history, displays and memorabilia play a vital part in the continued preservation of this legacy in Ireland and is well worth exploring for a fresh way to spend an afternoon. 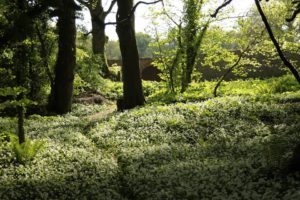 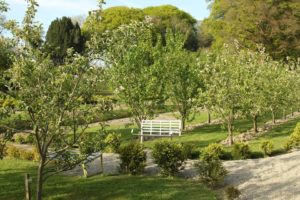 Colclough Walled Garden was built by the Colclough Family in the early Nineteenth Century. Restoration work began in July 2010 and the original layout of the garden has been reinstated as it was in 1838. The main features of this 2.5 acres stone/brick lined walled garden include curved corners, two intramural structures on the dividing brick wall which splits the garden into two sections, east and west. The gardens reflect the history and diversity of the Wexford and its landscape. The larger public gardens provide an ideal outing for all the family, and our smaller private gardens will give you not only an enjoyable and relaxing day, but they will also introduce you to the large range of plants which we can grow in this temperate region.

#MakeABreakForIt and visit Wexford this autumn and winter season!